Putting my entire MS diagnosis story up on my blog is a bit out of my comfort zone and I have been debating with myself for a while about whether or not to do it. In the end,

I decided that if my story can help someone else, then it’s worth putting it out there for the world to see. Perhaps you know someone who is waiting to be diagnosed, who is recently diagnosed, or maybe you have a loved one who is looking for answers or you are facing a diagnosis yourself.  If one of these scenarios fit, it is my hope that my story can help in some way or another. So I don’t bore you to death and because this is a long story, I’m going to break it into a couple of different posts.  I’m also sure that some of you are thinking, good Lord, does this woman ever not think about food?….Sometimes, yes but most times, no!  (Watch for my yummy Keto Lemon Cheesecake jars hidden in my next post!) For now, here we go with my story!

According to the MS Society of Canada, MS is currently classified as an autoimmune

disease of the central nervous system (brain, spinal cord). The disease attacks myelin, the protective covering of the nerves, causing inflammation and often damaging the myelin. Myelin is necessary for the transmission of nerve impulses through nerve fibres. If damage to myelin is slight, nerve impulses travel with minor interruptions; however, if damage is substantial and if scar tissue replaces the myelin, nerve impulses may be completely disrupted, and the nerve fibres themselves can be damaged. Imagine a raccoon chewing through a telephone cable before hands free existed. Can you imagine if our brains could go wireless?! 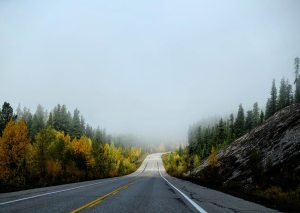 lived in a town about 35 minutes from where I worked and I liked to take the back road whenever I could.  It wound lazily through the countryside and I found driving this route was a great way to decompress after a long and stressful day.  I was at the intersection waiting to turn left onto the highway for the final 20 minutes to home.  As I sat there patiently waiting, a car was in the turning lane to turn on to the road I was on. He had his blinker on and I distinctly remember waiting to be sure that he was totally committed to the turn, which he was.  He started his turn and the coast was clear (or so I thought) for me to turn left onto the highway.  Apparently a small car was tucked up behind the turning car, the only problem was that he wasn’t turning and I did not see him until he t-boned me.  I don’t know if you’ve ever been in a car accident, but the sound of metal on metal is not one that you forget easily. My brand new car was totalled and I was lucky to be alive.

Fast forward to late 2004 and I was having some issues that I attributed to the car accident and I was tired, very tired.  I wasn’t overly worried though, I just chalked it up to m

y workload and the stress I had been under.  At the end of the year, I recall sitting across from my co-worker telling her that I didn’t think I could go through another year like the one we had just had.  Our community was growing with leaps and bounds and of course, I was in a community development position. We were undertaking new projects daily, we were on the go and the pace was fast and furious from sun up to sun down. I was on call and worked on weekends and in the evenings and I had difficulty coming up with a good time to even take a sick day  it was a vicious roller coaster ride that I couldn’t get off. I woke up every morning not sure if I had enough energy to have a shower, but somehow I managed to push through the exhaustion.

One day in October, I woke up to my alarm clock just like every other day, but on this day I swung my legs over to get out of bed and I fell when my feet hit the ground. It was as 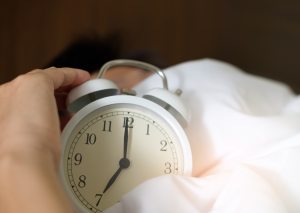 if my legs forgot what they were supposed to do. My husband helped me to my feet and I brushed it off as sleeping weird, so I went about my morning not giving it any further thought.

For the next 2 weeks, I had odd sensory issues in my legs. I would try to take a step and my legs wouldn’t cooperate.  It took a real concentrated effort to walk across the parking lot.  At other times it was as if I were walking through knee deep mud, a symptom descriptor that I now know all too well.  By the end of 2 weeks, I knew that something was going on…but I still believed whatever it was, had to do with my car accident. Maybe I had a pinched nerve or a slipped disk. I had no idea exactly what was happening, but I had no reason to think it was anything serious.

During that time, I also became aware of some sensory issues with my right hand.  I can 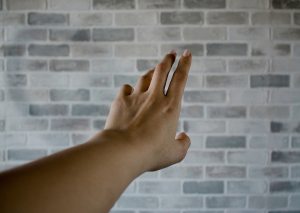 only explain it as feeling velvety…..is that even a word?  It felt as if my skin was velvet at times and at other times it was tingling and prickly. There was another episode where when I bent my head it felt like there were sparklers going off in my arms and legs.  It was then that my husband said I needed to go see the doctor. So I made an appointment to try to sort this out.

My doctor at the time was a nice older man who was nearing retirement, but he grabbed ahold of what was happening to me and was on a mission to get answers before he handed me over to a new doctor.  He sent me to a neurologist who put me through a round of neurological tests and set me up for an MRI the following week.  He was initially looking to see if there was maybe a slipped disk or a pinched nerve that was causing my issues.  Not once did he suggest I may have

anything else going on so I went in to the MRI thinking physiotherapy would be all I needed to get back on my feet.  About 30 minutes into the MRI, the technician told me to hold tight because she wanted to get someone in to look at my scan so I waited and waited with many things running through my mind.  What are they seeing? I was starting to get nervous.  They then pulled me out to inject contrast (which I had never heard of) and back in the tube I go for another 45 minutes.  I finished the MRI and went to the bathroom to get dressed, nobody said anything except that my doctor would be in touch soon.  I went home feeling a little anxious and sick to my stomach.  4 days later, I got a call from the neurologist to come back in for the results, so I decided to go back with some moral support. My husband took the day off 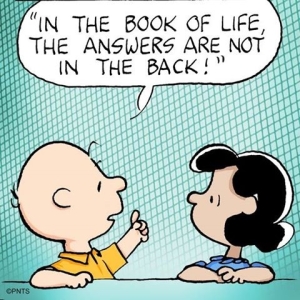 and we made the drive back into the office not sure what they were going to tell us.

“You have Multiple Sclerosis”. Whether uttered by your family doctor, your neurologist, or your significant other, these three simple words have a lifelong impact.  For people with multiple sclerosis (MS), “diagnosis day” is unforgettable. For some, it’s a shock to hear they’re now living with a chronic condition. For others (like myself), it’s a relief to know that you aren’t going crazy and that there is something legitimately causing your symptoms. But no matter how or when it comes, each MS diagnosis day is unique.  I call it “diagnosis month” because it took a month for it to begin to sink in, partly because I had never heard of Multiple Sclerosis before I sat in that office and partly because I was in denial……I’m not going to lie, some days I still am.  My husbands face told me that things were going to change and I quickly started to realize the severity of the situation. So, I immediately went home and did what the doctor told me not to do – I turned on the computer and googled MS – that’s my first word of advice to those who  are newly diagnosed, DON’T GO HOME AND GOOGLE IT.  It

will just scare you – a more productive thing to do is to talk to your neurologist and come up with a plan tailored to your own specific needs.  Over the next month, I felt lost and afraid. But tried not to give in to those fears, because what if it wasn’t even something worth crying about? I tried to play it off like it was not a big deal.  It was just two little words. I wasn’t going to let it define me, especially if I didn’t even know the definition of those two words yet.

Of the more than 2.3 million people worldwide who are diagnosed with Multiple  Sclerosis, I am only one story. I am a wife, a mother, a daughter, a daughter-in-law, a sister, a friend, a woman living with an incurable and unpredictable disease. And even though I am only one person, my story can add some value by educating others about what it’s like to live with an autoimmune disease. And even though, I often wonder why I got MS, I do know that one story, MY story can make a difference to somebody else.  What I do know is that MS is NOT a death sentence.  It is NOT something that should define who you are.  It is NOT something that has to be feared.  An MS diagnosis IS something that will allow you a chance to redefine your life, it IS a chance to live in the moment and it DOES give us the opportunity to re-prioritize what is important to spend our energy on each and every day! My MS diagnosis HAS helped me to be present and to embrace the people who mean the most to me every single day. It HAS given me the power to love unconditionally and to have more empathy and compassion towards others who are fighting battles that I know nothing about.

Stay tuned for Part 2, where I will go into some detail about the months following my diagnosis and when I finally “heard” and heeded my doctors advice about working and what it was doing to my disease.